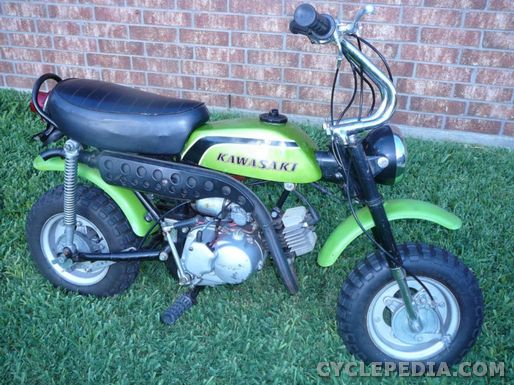 A well cared for Candy Lime, 1974 Kawasaki MT1B – fun for both kids and adults. 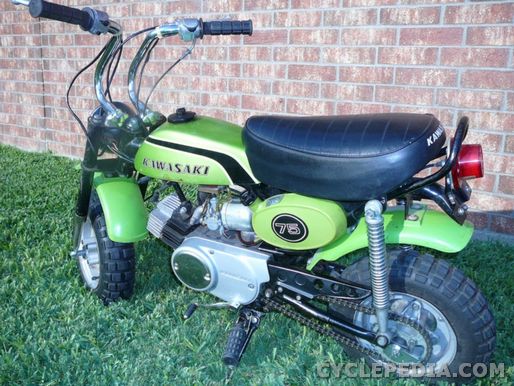 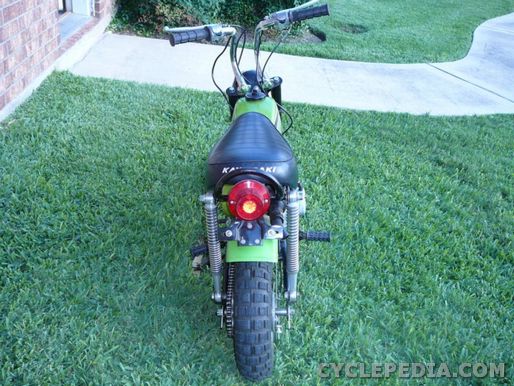 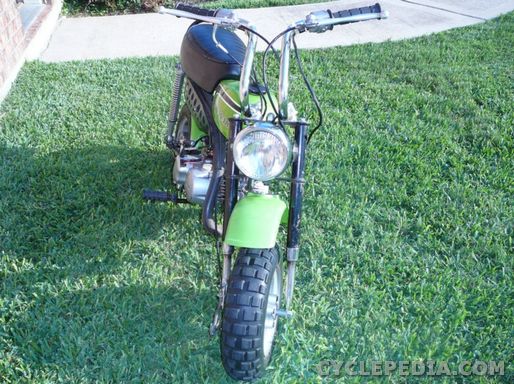 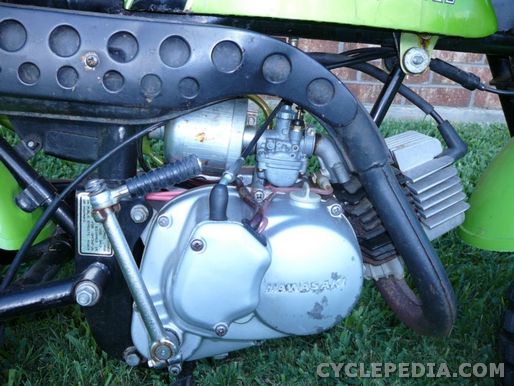 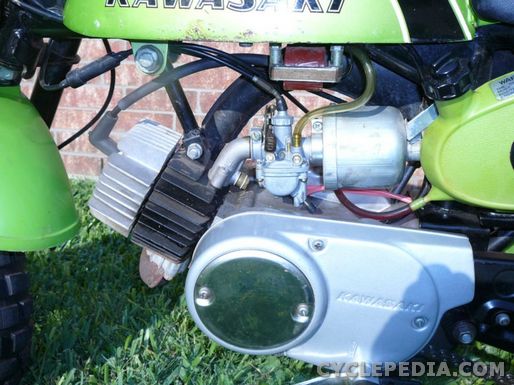 The Kawasaki MT1 was manufactured from1971 to 1975. The motorcycle was renamed the Kawasaki KV75 and continued production from 1976 to 1980. The 1971 model featured external spring forks which were modified to internal spring forks for the 1973 model year. In 1976 the seat was modified to feature a latch and the air filter was upgraded to a washable foam type element. Riding the KV75 is a blast – the automatic 3-speed transmission is easy to operate and the single cylinder, two stroke engine produces a non-intimidating 4.2 HP @6,500 rpm. The MT / KV75 was designed to be easy to travel with as it featured fold down handlebars so that parents could easy stow the bike in the trunks of most vehicles.