The numerical four digit code stamped into a ball bearing indicates its inside diameter (ID) and outside diameter (OD). There may also be a letter or letters that indicate whether it is sealed, and if so, the number and type of seal(s) used. The bearing codes are particularly useful if you are replacing a shaft (such as an axle) with a different diameter one.

The letter U indicates a single metal seal. 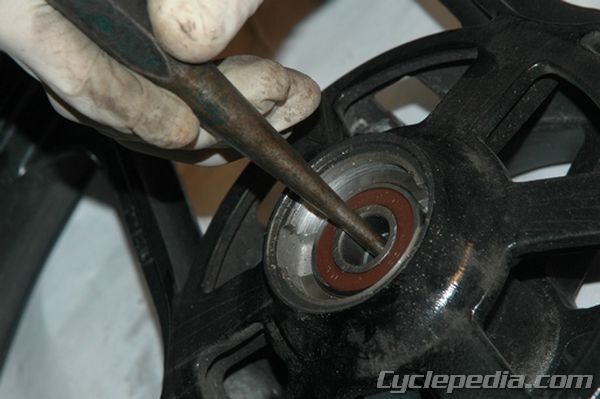 Ball bearings can be removed using a bearing removal tool or a flat faced punch and a steel hammer. Heating the component around the ball bearing with a heat gun will make removal (and installation) much easier. Once a ball bearing has been removed, it should be replaced with a new one. 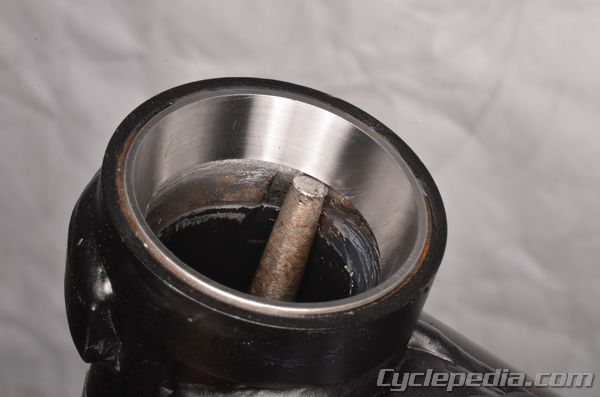 To remove a bearing with a punch, set the tool up against the edge of the race working from the opposite side. This will work with wheel bearings and with steering head races, as shown. Work your way around the bearing race and knock it out with a series of light taps with a hammer. 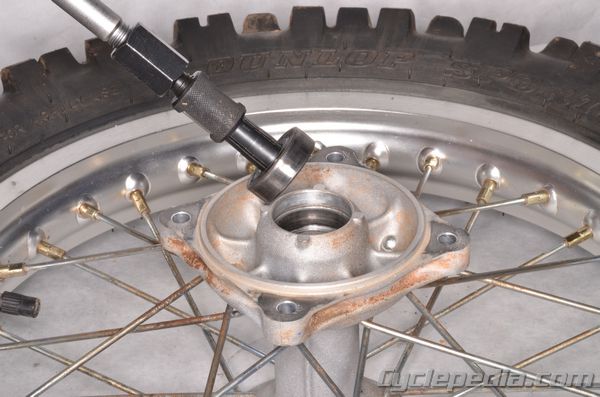 The easiest way to get bearings out is with a bearing remover tool. This tool is inserted into the inner race and tightened firmly. Then a slide hammer is used to pull the bearing out of the part being serviced. 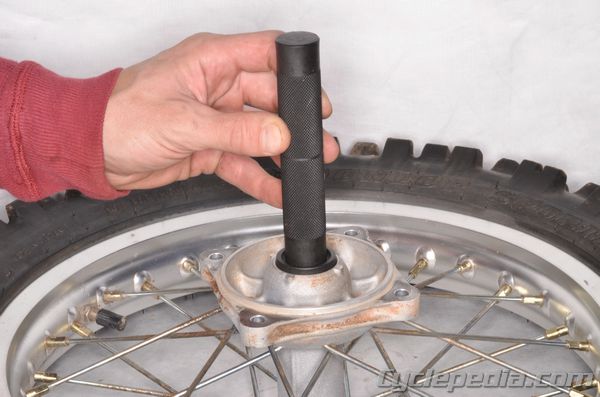 When installing a new ball bearing, use either a bearing installation tool or a socket with the same outside diameter as the OD of the bearing, and a steel hammer. Never install a ball bearing into a wheel or engine case by driving on the inner race, as this could damage the bearing. However, if installing a bearing onto a shaft, such a steering stem or crankshaft, only use the inner race to drive it on. Placing the ball bearing in the freezer for about an hour and heating the component with a heat gun will make installation of the bearing into a wheel or engine case much easier. Heating the bearing will make it easier to install onto a shaft. Install ball bearings with the numbers stamped into them facing out. 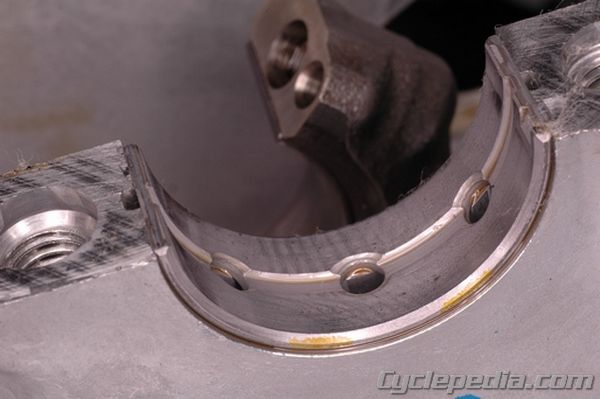 Plain bearing inserts are commonly used for crankshaft and connecting rod bearings. They may be one piece or (more commonly) two piece and come in different thicknesses to adjust the oil clearance between the crankshaft and the engine cases and connecting rod(s). The bearing thickness is usually indicated by a color code applied to the edge of the bearing (yellow in the photo). The oil clearance for plain bearings is critical to the life of the engine and can be checked using Plastigage.

Loosen and remove the connecting rod cap bolts or engine case half bolts, again being very careful not to turn the components. 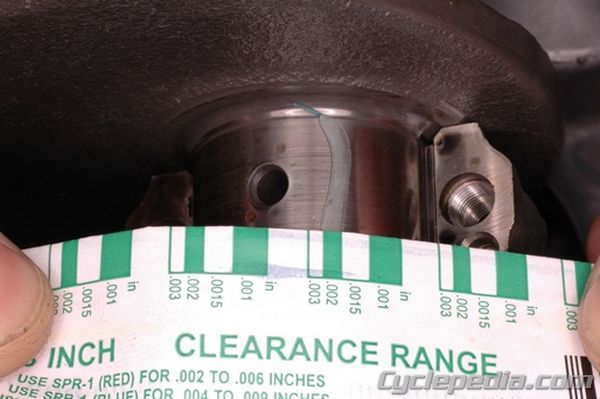