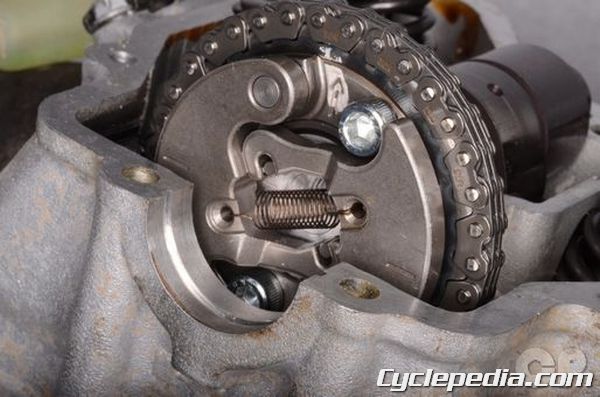 The decompressor system reduces the cylinder compression at low rpm for easy starting. Decompressors systems are often used with single cylinder 4-stroke engines, but manufactures sometimes utilize these benefits on other engine configurations including V-twins. The compression is reduced by momentarily opening an exhaust valve on the compression stroke of the piston to partially vent the combustion chamber. Reducing the engine compression reduces the force required to kick start or pull start the engine, and allows the use of smaller less powerful electric starting components.

Decompressor systems require maintenance and inspection to ensure correct function. Check the service manual and periodic maintenance chart of the particular vehicle for the details and specifications associated with decompression system of the vehicle. 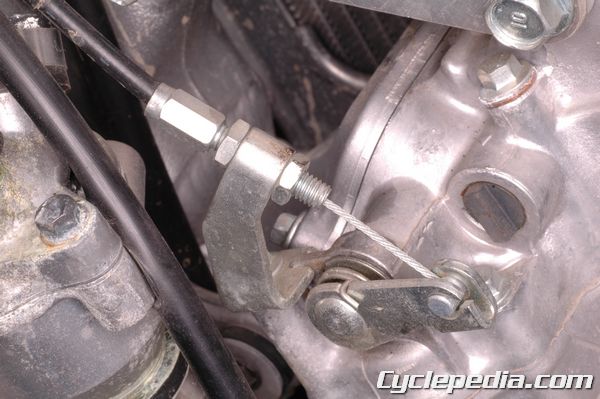 Manual decompressor systems on four stroke engines often use a cable controlled lever to apply pressure to the exhaust valve or rocker arm. The cable or lever free play must be maintained within specification. Check the free play at TDC, or as otherwise indicated by the service manual. Adjust the cable free play as needed. 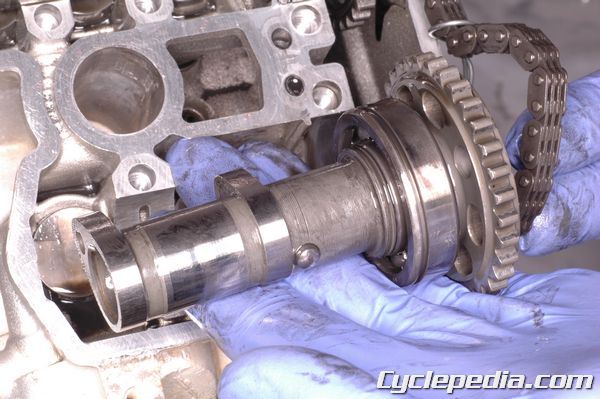 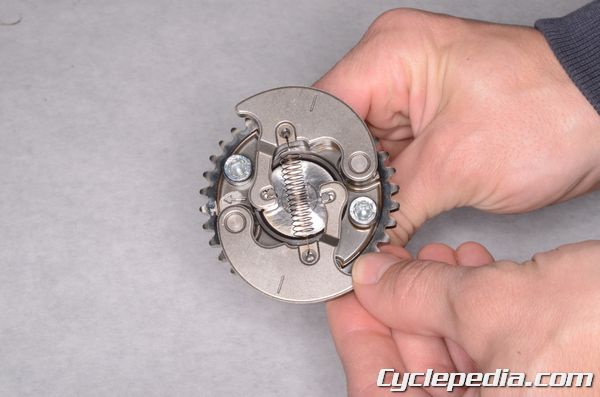 When the engine starts and the camshaft is rotating at speed the weight/s will sling out. This change in position of the weight/s moves the decompressor rocker arm or pin into a position where it will not contact exhaust valve or rocker arm and the engine will have full compression. Inspect the decompressor mechanism functions smoothly and correctly as the weight/s are manually moved out to a running position and allowed to return to a resting position. If the mechanism sticks or fails to operated correctly inspect the components in more detail for condition and correct assembly. 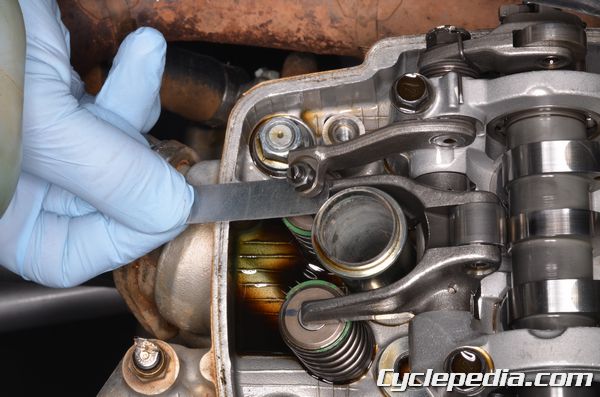 Manual or automatic decompressor systems that use a lever or decompressor specific rocker arm often use an adjustable tappet that must maintain a correct clearance with the exhaust valve or rocker arm. Check and adjust the clearance just as a screw and lock nut type valve adjustment. 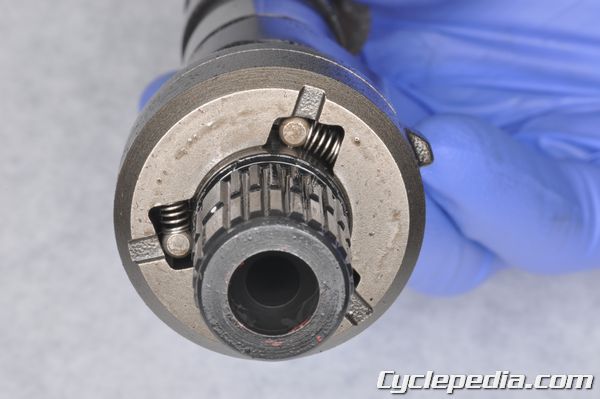