SAFETY FIRST: Antifreeze is highly toxic and can kill pets and animals if drank. Do not leave coolant where animals (including children) can get to it. 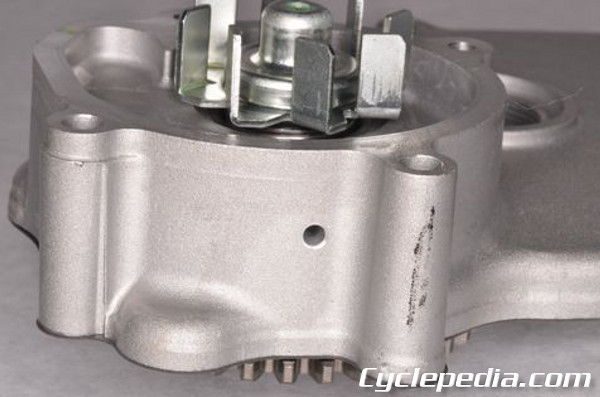 All modern liquid cooling systems use a pump to circulate the coolant through the system. These water pumps should be inspected regularly as their seals can and do fail. Most water pumps have a built-in seal inspection feature called a tell-tale hole. The tell-tale hole is located directly below the water pump. The water pump’s mechanical seal has failed if coolant leaks from the hole. 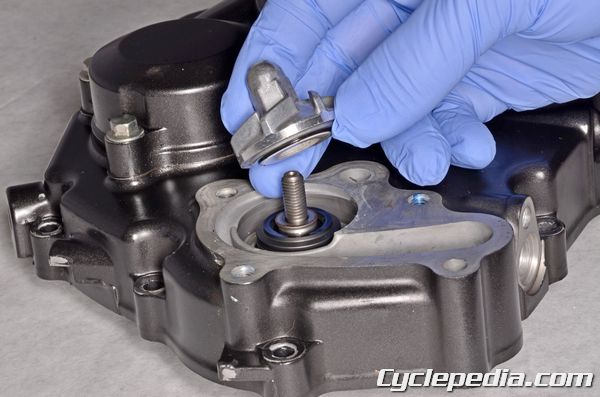 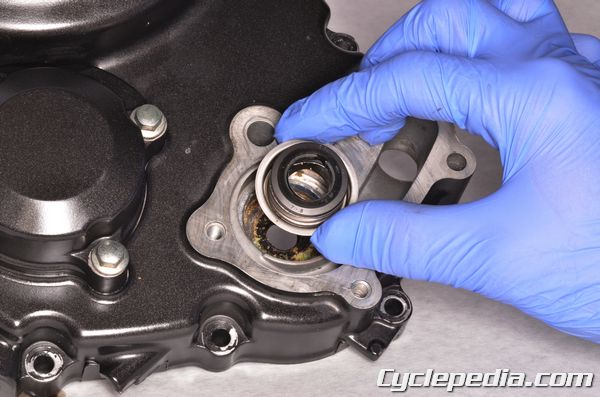 Remove the impeller and/or shaft to access the mechanical seal. Note, many impellers have reverse threads. Remove the mechanical by driving it out from the opposite side or carefully prying it out. Avoid damaging the seal or water pump cover mating surface by prying against them. 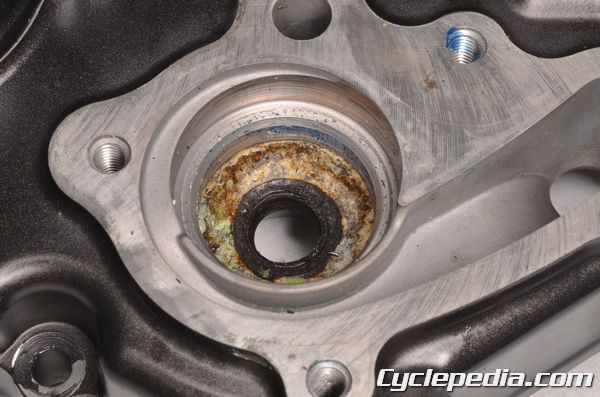 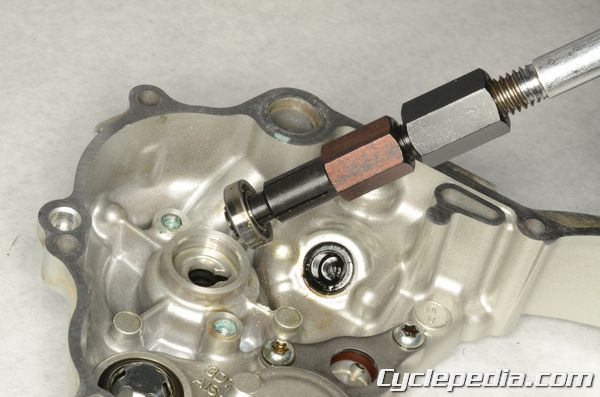 It is generally recommended to replace the seals as a set. Often the water pump shaft bearings must be removed to access the seals. Most manufactures recommend replacing the bearings with new items if they are removed. 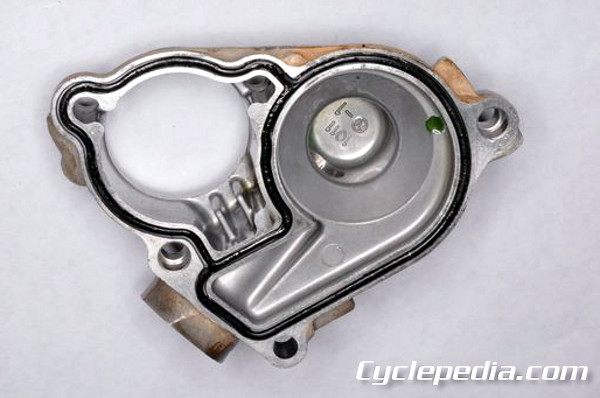 There are a few other type of water pump seals. Some models use a one-piece seal that acts as both a mechanical seal and oil seal. Others use two rubber oil seal type seals, one to seal the oil in and one to seal the coolant  out. Also, most water pumps have an impeller cover O-ring or gasket that can leak. Replace the O-ring or gasket seal anytime the cover is removed. 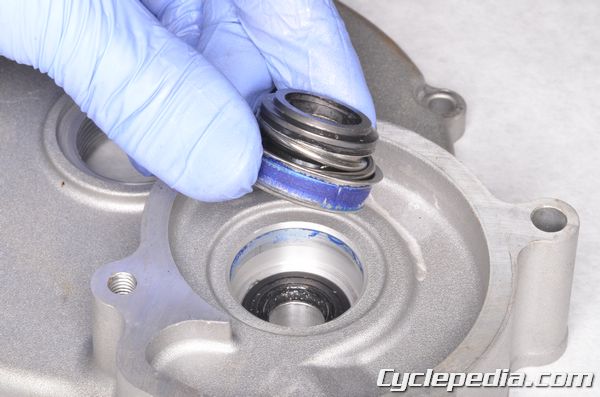 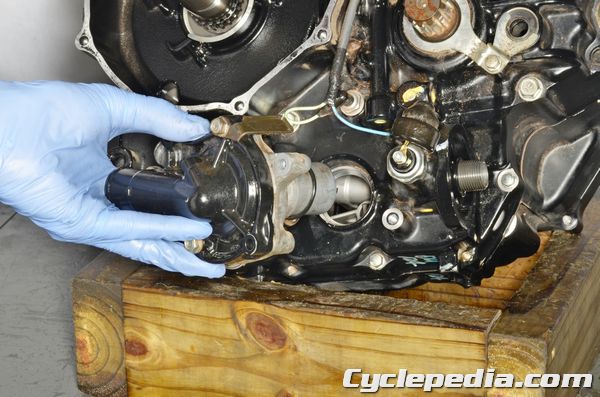 Some water pumps are not serviceable. These must be replaced as a unit if an internal seal fails. Always use a new o-ring when replacing this type of water pump.